Close-up on the Drosophila melanogaster

Drosophila form a genus of holometabolic insects (with complete metamorphosis), belonging to the order Diptera, in which we find flies, horse flies, mosquitoes, ... They are also referred to by the more general term "fruit flies". Among them, we find a singular insect, which has enabled man to make major progress in the understanding of genetics, which is Drosophila melanogaster. But it is not the fruit fly that focuses the attention of red fruit growers, especially cherry growers, such as wine growers.

It is a cousin, coming from Asia, and belongs to the brotherhood of the so-called invasive species: Drosophila suzukii. Like the other drosophila, the adult measures 3 or 4 mm, and has red eyes and a partially striped yellowish-brown body. The particularity of this drosophila lies in the tip of the abdomen in females. The abdomen is pointed and allows the tissues of red fruits or grapes to be punctured to introduce eggs. These will give birth to a maggot that will feed on the pulp of the fruit until, when its growth is complete, it turns into a pupa from which an adult fruit fly will emerge.

The problem with this fly is not so much the number of fruits eaten as the deterioration of their appearance. The perforation made by the female at the time of oviposition is large enough to let some juice flow out. This juice then becomes the medium for the development of fungi that will cause putrefaction of the stung fruit, but also of its neighbours. Thus, on a bunch of grapes, the attack of a few berries causes the loss of the whole bunch. On cherries, we see the same phenomenon, as well as the degradation of the fruit under the direct effect of the maggot.

Few insecticides are able to kill this insect and among those that are able to do so, there are products that are highly toxic to the health of consumers and the environment. These are in the process of being banned.

At IRSEA we have been working on this problem for almost 4 years, and our work is at an advanced stage.

We have identified chemical (semiochemical) signals, emitted by larval predatory insects, that the fruit fly manages to detect, which leads it not to lay eggs where it detects these substances. The effectiveness of the product we have developed is fully confirmed in the laboratory. We are currently developing a form of this product that will be applicable in gardens, orchards and vineyards. We hope to start trials as soon as possible. 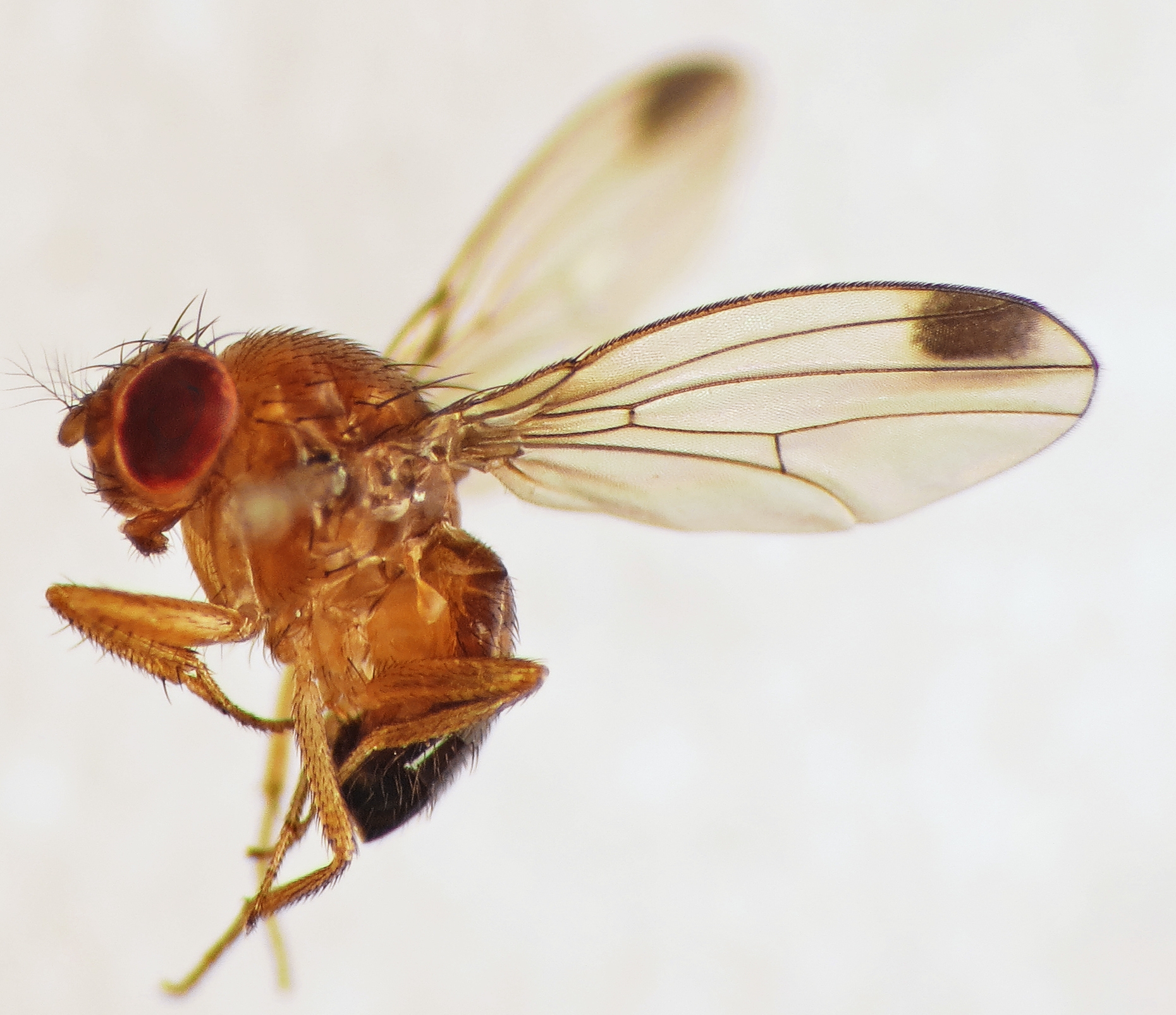